When a brother was 7 years old, his wife passed away.

Relatives persuaded him to remarry
But
He denied it all, saying that he had only one son
And
That son is my wife’s gift to me.

I will take good care of it and raise it and my life will be cut short in it.

When the son grew up, he got married well and left all the business to his son and retired.

After starting the meal, he said to Vahu, “If Vahu has yoghurt, give it to me?”

The son’s wife replied that there was no yogurt.

The answer was heard as the son entered the house.

Dad ate and the couple sat down to eat.

The wife also serves yoghurt by filling a cup with other items at the meal.

The son did not respond but landed on his way to the office.

A few days later the son said to his father, “Dad, you have to come to court with me today.

Today is your remarriage.

What work after a second marriage?

The son replied-
“Dad, I’m not bringing a mother for me or a wife for you.”

I’m just making yogurt for you.

Mother, father use ATM for children. Can be a card.

So children should also become Aadhar card for parents, right? 😥😥?
?

Only share with other friends if you think it’s right ..!

Thank you … your friend

Before hitting delete, don’t hesitate to forward to another group. If someone’s eyes open. Thanks !! 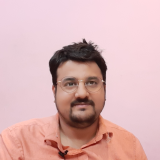